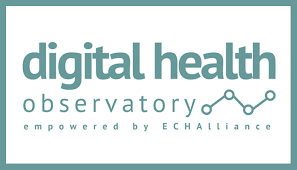 One in four people in the world will be affected by mental or neurological disorders at some point in their lives. Around 450 million people currently suffer from such conditions, placing mental disorders among the leading causes of ill-health and disability worldwide.

Can digital technologies help to overcome these disorders?

The interventions of Digital Health are increasingly being used in public health, with virtual reality (VR) being one of the most exciting recent developments. VR consists of a three-dimensional environment, generated by a computer, seen through a screen mounted on the head. This means has provided new possibilities to adapt problematic behaviours that affect mental health. VR is no longer directly accessible to people, and with mobile telephony technology it can trace the movements and images of the project through mobile devices mounted on the head, VR is now a mobile tool that can be used at work, house, or in motion.

The origin of the word augmented is augment, which means to add or enhance something. In the case of Augmented Reality (also called AR), graphics, sounds, and touch feedback are added into our natural world to create an enhanced user experience

Unlike virtual reality, which requires you to inhabit an entirely virtual environment, augmented reality uses your existing natural environment and simply overlays virtual information on top of it. As both virtual and real worlds harmoniously coexist, users of augmented reality experience a new and improved natural world where virtual information is used as a tool to aid in everyday activities.

Health care and VR were known in the 1990s as a simulation tool for colonoscopy and the endoscopic simulation of the upper gastrointestinal tract in medical education. VR would have remained a simulation tool for doctors and surgeons, but its interactive nature suggested it as a tool applicable to psychological change. For example, in phobia therapy, the adaptability of virtual worlds means that you can create contextually relevant virtual worlds that are used to allow systematic exposure to feared stimuli. The ability to accurately control the stimuli has allowed the ecological validity of VR in its evaluation of behaviours, emotions and cognitions.

As a result, effective psychotherapeutic approaches have been created, such as cognitive-behavioural therapy (CBT), which are recreated within the VR along with exposure techniques. This exhibition is particularly effective since the objective of VR is to produce an “illusion of reality “; However, for patients, despite knowing that the computer environment is not real – a computer illusion – their brains perceive the images and sound like real stimuli.

The broad scope of VR has allowed its use for the treatment of schizophrenia, post-traumatic stress disorder (PTSD), social and general anxiety disorders, specific phobias, eating disorders, substance abuse, attention deficit / hyperactivity disorder, Depression, pain management, and psychological stress, as well as its use as part of a wide range of rehabilitation after a stroke.

According to neuroscience, to regulate and control the body in the world effectively, the brain creates a built-in body simulation in the world used to represent and predict actions, concepts and emotions. Specifically, it is used to predict: (a) forthcoming sensory events both inside and outside the body, and (b) the best action to deal with imminent sensory events. There are two main features of this simulation. First, it simulates sensory motor experience, including visceral / autonomic (interoceptive), motor (proprioceptive) and sensory (eg, visual, auditory). Second, the built simulations reactivate the multimodal neural networks that have produced the simulated / expected effect before.

The VR experience attempts to predict the sensory consequences of the individual’s movements, providing the same scene that he will see in the real world. To achieve this, the VR system, like the brain, maintains a model (simulation) of the body and the space around it.

If the presence in the body is the result of different simulations incorporated, and VR is a simulation technology, this suggests the possibility of altering the body’s experience by designing targeted virtual environments. In this view, the RV can be defined as a “built-in technology” because of its possibility to modify the user’s realization experience.

In other words, VR can deceive the predictive coding mechanisms used by the brain, generating the sensation of presence in a virtual body and in the digital space around it.

In addition, if the concepts are built-in simulations, and VR is a built-in technology, it should be possible to facilitate cognitive modelling and change by designing targeted virtual environments capable of modifying the concepts from outside and within.

In addition, the deployment and design of serious games for psychotherapy has been studied recently. In a literature review on the use of video games in psychotherapy, he concluded that games will probably be used in Psychotherapy since therapists acquaint themselves with gaming equipment. In addition, games have been developed to treat pulmonary conditions, such as eating disorders, the initial results of an evaluation study showed that patients with eating disorders feel comfortable using a serious game in the treatment.

PREVENTION AND TREATMENT OF A LARGE RANGE OF MENTAL DISORDERS

Other forms of digital interventions for mental disorders already exist and have been studied more widely. It has been found that the Internet and computerized interventions are effective for the prevention and treatment of common mental disorders of adults, such as depression, anxiety and alcohol abuse disorders (AADs). There is also evidence, although limited, that cognitive behavioural therapy (CBT) is effective for the treatment of anxiety and depressive symptoms among young people.

SERIOUS GAMES AS A THERAPEUTIC INTERVENTION

Serious digital games can enrich the range of digital interventions due to their specific features, such as the provision of an alternative world in which learning, and exploration is encouraged. Serious games can make learning more meaningful, attractive and challenging than traditional teaching by using the interactive, visual and envelope features available in video games. They can help children and adults alike to develop simpler solutions and be more creative in problem solving. Looking at these characteristics and benefits of video games, it seems attractive that they are being explored for their potential use in the prevention and treatment of mental disorders. Whether using games to serve a serious purpose or gamify a serious purpose, the goal is to help people reduce mental health complaints or improve their mental well-being.

Health care is often unaware of the need to change and the potential benefits of digital health technologies, especially telemedicine, Virtual Reality and Serious Games. There is also an increasing awareness of the determinants of the successful application, based on the many experiences acquired in the last decade. The current healthcare is not yet fully exploiting the capacity of existing 3G and 4G networks.

The patient’s electronic medical records use a limited amount of traffic and, apart from the image projection data, involve small amounts of data. Only the home rehabilitation exercise where videos are used to allow independent exercise requires some substantial bandwidth. However, it is expected that this will change in the coming years, now that many healthcare institutes have their EPD ready and are now looking for technological innovations supported by their care services. And this will mean that the areas described will receive more and more attention.

The 5G is expected to allow important steps forward in the areas. The large expected bandwidth combined with high reliability and availability will allow real-time data collection of large number of sensors (in the body, IoT), the use of complex user modelling and new forms of user interaction. It will also increase confidence in these areas by both end users and the professional care community, accelerating the large-scale deployment of these care support solutions.

Serious Games for Mental Health: Are They Accessible, Feasible, and Effective? A Systematic Review and Meta- analysis

Virtual reality therapy has real-life benefits for some mental disorders