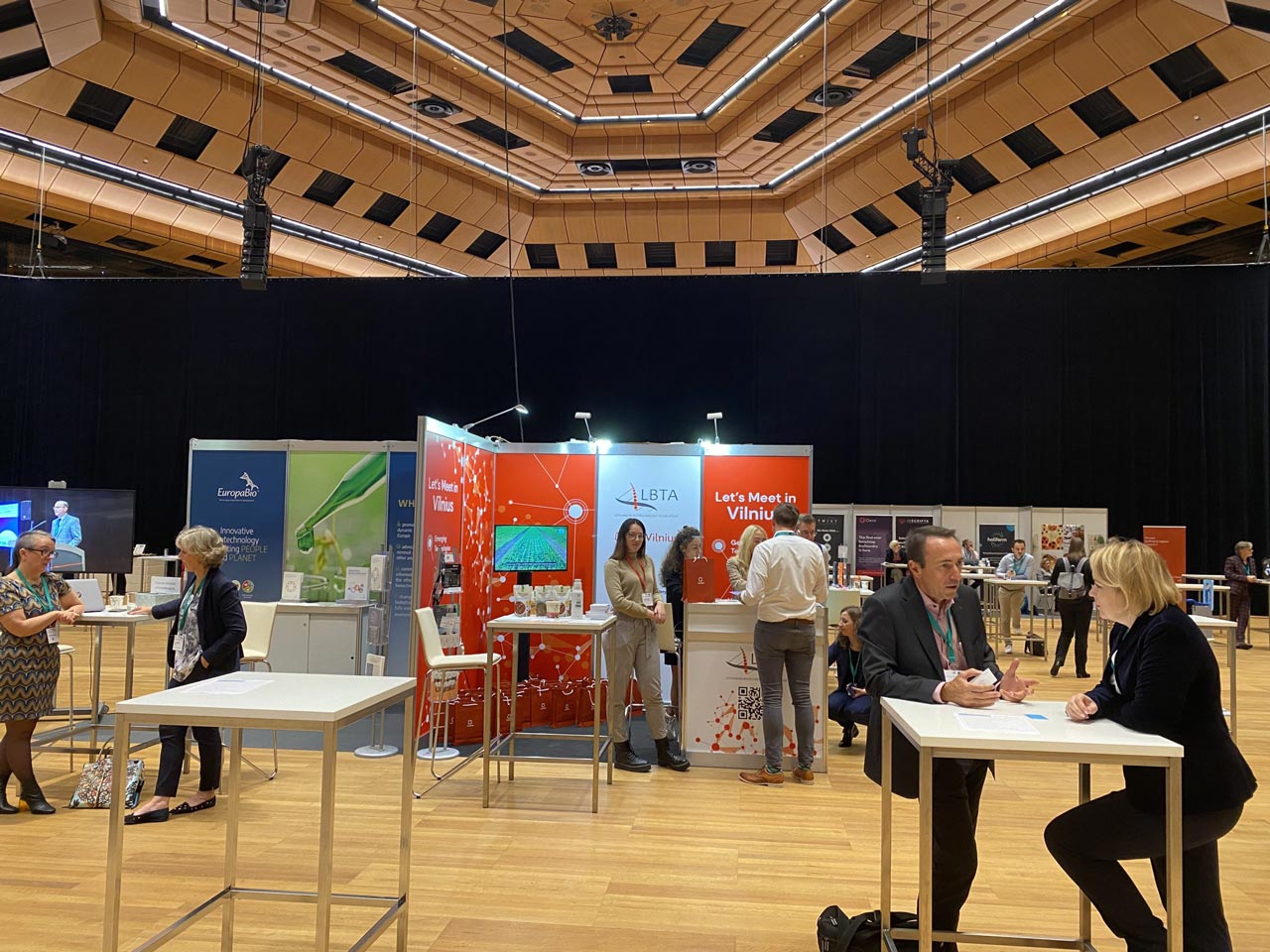 EFIB, the European Forum for Industrial Biotechnology and Bioeconomy, which travels to Europe’s major cities every year, will take place for the 15th time in October next year in Vilnius, the capital of Lithuania. This was announced by the organiser EuropaBio, the European Association of Biotechnology Industries, at an event in Vienna.

“I am glad that next year’s EFIB will be held for the first time in Lithuania, which is a growing European life sciences country with not only a welcoming and value-driven life sciences ecosystem, but also a highly skilled and motivated talent pool,”

said Claire Skentelbery, CEO of EuropaBio, in introducing the venue for the next year’s event.

Jovita Neliupšienė, Deputy Minister of Economy and Innovation, who welcomed the news in Vienna, noted that Vilnius had competed with Helsinki for the venue, and that the fact that the 15th edition of one of Europe’s largest industrial biotechnology and bioeconomy events will take place in Vilnius is a testament to the city’s attractiveness as a venue, as well as to the potential of the Lithuanian life sciences sector.

“The Lithuanian life sciences sector is a fast growing and priority sector of the Lithuanian economy. In 2019, it generated around 2.9% of the country’s GDP, with a strategic goal of reaching 5% of GDP by 2030, making Lithuania one of the leading countries in Central and Eastern Europe in this field. The fact that next year in Lithuania sector leaders, top-level executives, policy makers, scientists will meet in Vilnius to discuss the direction of European biotechnology development will undoubtedly be beneficial for the increased visibility of our country’s life sciences sector as well,”

The Lithuanian Biotechnology Association, the tourism and business development agency of the City of Vilnius Go Vilnius, and the entrepreneurship and export development agency Enterprise Lithuania have become partners of the event in Lithuania, and hope that attracting the EFIB event to Lithuania will contribute to the growth of the sector.

“The biotechnology industry community and the city and national authorities have demonstrated unprecedented unity, perseverance and determination. The organisers were certainly impressed by what they were able to achieve together, highlighting both the industry’s strengths and the city’s advantages. The efforts of the people and organisations involved meant that Vilnius beat other cities and we were honoured to host such an important event,”

According to Agnė Vaitkevičienė, CEO of the Lithuanian Biotechnology Association, Lithuania’s fast-growing biotechnology sector is becoming a new centre of attraction in Europe, creating important technological solutions for the development of sustainable economy. “EFIB attracts Europe’s largest and most innovative bio-industry companies, promotes changes in regulatory processes and provides a platform for strategic discussions with national and European leaders. We hope that the active participation of Lithuanian companies, scientists and the state will contribute to the development of the Lithuanian biotechnology sector and will become a significant part of the creation of European bio-industry value chains,”

Daina Kleponė, CEO of Enterprise Lithuania, points out that Lithuania’s life sciences sector is growing at the fastest rate in the EU, 16% annually, with exports contributing significantly to the growth, which increased by 62% in 2020 alone. “Our experience in organising Life Sciences Baltics, one of the most important life sciences events in Central Europe, shows that the events act as a platform that brings together business, science and policy makers, which accelerates both commercial and political decisions. Therefore, we are very pleased that during next year’s EFIB Forum in Vilnius we will be able to show Lithuania to the whole of Europe as a high-level research and development centre, one of the most attractive locations for biotechnology development, and the home of the sector’s rapidly growing startup community,”

Discover more about EFIB and EuropaBio:

EFIB or the European Forum on Industrial Biotechnology and the Bioeconomy is one of Europe’s leading events for industrial biotechnology and the bioeconomy. Each year, the event travels around Europe’s major cities to present the latest biotechnology trends and forecasts. It brings together industry leaders and innovative technology start-ups. Top executives, policy makers, scientists and other participants discuss the directions and strategies for the development of European biotechnology.

Learn more about the Lithuanian Ecosystem here
Like
Recent posts

Ecosystem's success in 2022: Extremadura, European reference site in active and healthy ageing
Previous post Lithuania’s biotechnology sector is celebrating 50 years: from enzyme factory to booming economic sector
Next post Presentation of the winners of Pôle TES’ call for expression of interest on the improvement of the patient’s care journey