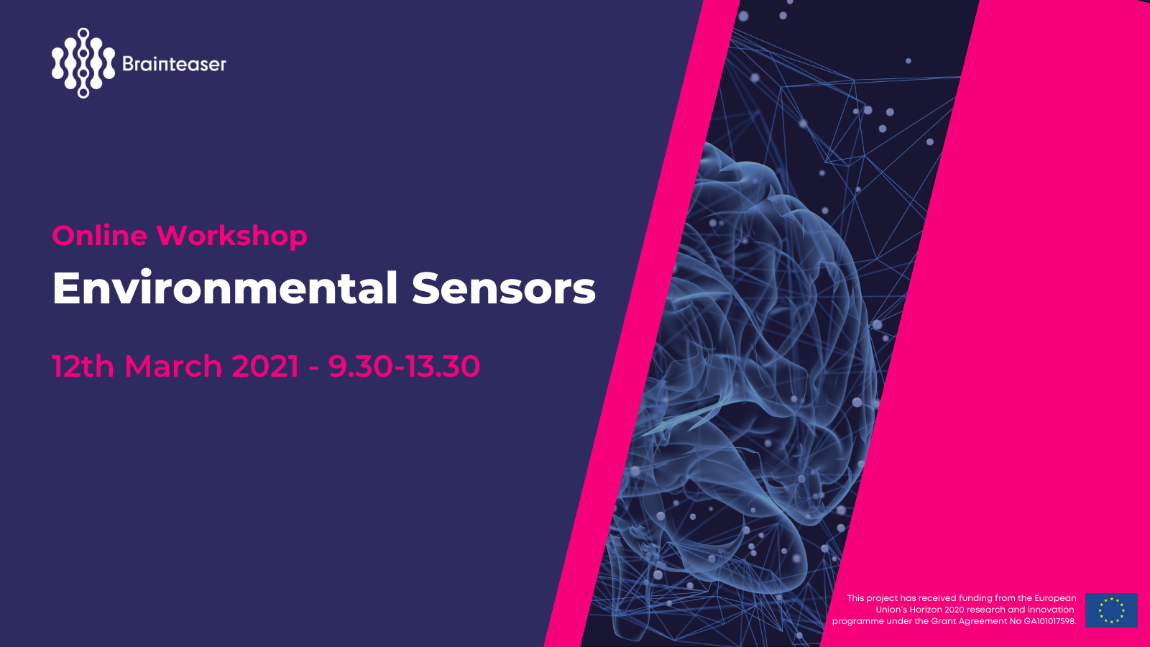 The Environmental Sensor workshop – organized by both technical and clinical BRAINTEASER’ partners – was aimed at discussing some crucial aspects for the development of meaningful Amyotrophic Lateral Sclerosis (ALS) and Multiple Sclerosis (MS) models that include exposure to pollutant and other relevant environmental factors, such as sun exposure. The workshop was also aimed at discussing possible synergies and common strategies with other current EU projects, such as the H2020 eMOTIONAL Cities – Mapping the cities through the senses of those who make them – project, and at evaluating the possibility of building upon the knowledge generated by previous initiatives, such the H2020 PULSE– Participatory Urban Living for Sustainable Environments – project.

During the first part of the workshop, Vittorio Casella (University of Pavia, IT) presented the concept of “personal exposure” as deified in the PULSE project and the technological sensors’ infrastructure available in Pavia (Italy). Paulo Morgado (University of Lisbon, PT), head of neuroscience and data analytics activities within the eMOTIONAL Cities project, spoke about the Lisbon’s sensors grid, which is publicly available via the “Smart Lisbon” initiative, and brought to the attention of the workshop participants how this infrastructure can be used to investigate factors, such as noise, that could have enormous impacts on people’s mental health. The first session was concluded by Daniele Santucci and Ata Chokhachian, founders of the Climateflux company, who talk about the possible interactions between environment and microclimate, and suggested an innovative perspective on how heterogenous factors (from body temperature, to sky view) could contribute to quantify the interaction between a person and the surrounding environment.

The second part of the workshop saw a deeper involvement of clinicians. Bruno Miranda (University of Lisbon, PT) and Giulia Mallucci (Fondazione Mondino, IT) discussed how the available technologies could be exploited to gather information that are relevant for developing Artificial Intelligence (AI) models for evaluating the progression of ALS and MS and the environmental exposures’ impact on the diseases’ progression. The discussion underlined some fundamental aspects to be considered, such as the possibility to measure indoor pollutants, the importance of measuring secondary outcomes (e.g., fatigues and its correlation with specific climate condition like humidify) and the opportunity to include complex relationships among all these factors in the AI models to be implemented.

The Environmental Sensor workshop laid the basis for further discussions among different EU projects, and it defined several specific actions to be undertaken by the BRAINTEASER consortium. It provided a broad view about all the available resources that will allow to speed up the gathering of essential information and the release of clinically relevant models. Thus, this is the first of a series of workshops that will help to achieve the BRAINTEASER objectives, thanks to the close collaboration among different consortium members, the sharing of heterogenous expertise and the joint effort with relevant external initiatives.