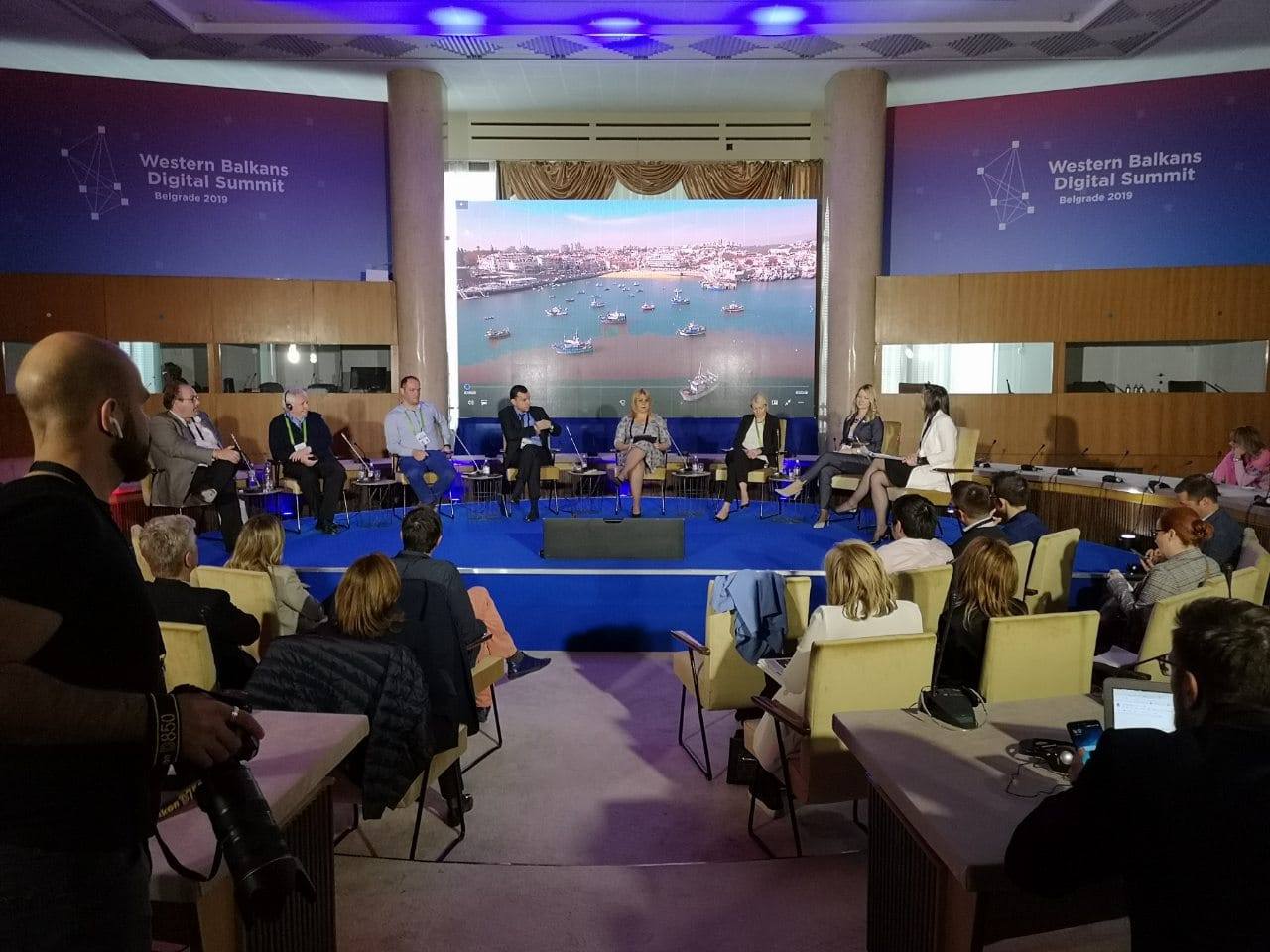 Panel on Medical Revolution was moderated by Damjan Damnjanovic and Ivana Kostic Co-founders of the of Health Tech Lab from Serbia.

At the beginning, Ivana used this opportunity and announced that Health Tech Lab has become National expert and International Jury member for the United Nations based World Summit Awards for solutions (not only startups) with outstanding Digital Innovations with positive Social Impact in 8 possible areas (Health and Inclusion being two of those 8), among more 180 UN Member states, serving UN sustainable development goals. The call for nomination for the Finals in Vienna 2020 will be open until 1st of July 2019.

Furthermore, she stressed that Health Tech Lab would like to meet and collaborate with other similar Hubs, Labs and ecosystems alike from other Western Balkan economies and opened a call for collaboration.

Milica Djuric Jovicic, Acting Director of the newly established Science Fund of the Republic of Serbia pointed out that it will provide the institutional funding for the science projects and scientists. Her long experience as the Director of the Innovation Center of the Faculty of the Electrical Engineering advised that support of entrepreneurial and collaborative spirit among young scientist is the key. In her words technology needs to become human-centered, from 4.0 all the way to 5.0 approach. Starting from the local level, up to the regional level, all the way to the world, but first really knowing and collaborating with your neighbours. In conclusion, she called for more human-centered technology and cross-stakeholders approach.

Jelena Begovic, Director, Institute of Molecular Genetics and Genetic Engineering, University of Belgrade, shed some light on the work of the institute, which now employs more than 100 researchers. She pointed out that no significant changes can be made overnight and that you need to invest extra effort and resilience with a little bit of luck. Besides biotech projects, they develop several projects related to digitalisation such as the platform that can gather all stakeholders: users, doctors and pharmaceutical industry. Idea is to create a massive Hub for shared knowledge and for promoting results in this area. Science should be borderless, Begovic added. Reasonable way forward would be to create wider networks to share the informations and cooperate.

Srdjan Jovanovic (Co-Founder of HTEC Engineering center and CTO of Humeds)pointed out that entire region has a huge potential and that we should explore it and promote it. Looking from the perspective of the start-up company, being small gives you an advantage to move faster. Talking about their experience Jovanovic added that working with the Health industry gave them an extra valuable input for their area of expertise. Therefore he called for the more data sharing and networking among the sectors.

Brian O’Connor (Chair, ECHAlliance), spoke about the ‘Digitisation of MedTech’ and how it is only possible if efficient and fast communication exists.

Tatjana Stojadinovic (eDevelopment Manager, Medicines and Medical Devices Agency of Serbia) said that they understand how important digitalisation is. Since 2015, the Agency has developed 70 digital services. She announced the biggest Digital Transformation Project which includes simplified and faster approaches to human and veterinary medicines registration. She also pointed out that sharing information among institutions is the best way forward.

Pavle Zelic (International Cooperation, EU Integrations and Communications Manager, Medicines and Medical Devices Agency of Serbia) showcased the project which Agency developed with the World Health Organization, Health Tech Lab and European Connected Health Alliance, considering the buying of uncertificated medicines online, polypharmacy cases and others. Illustrated guide in a form of a comic book for three different age groups is aiming to help those different age groups to understand the involved risks in some of those actions. Zelic added also, that one of the most important things is to properly inform users. At the end, he was discussing on how to best utilise the open data for the highest benefit of patients and patient groups. In the conclusion he emphasized the importance of transparent communication, promotion of local activities which will eventually lead to regional and international networking.

Many of the medical start-ups were in the audience and Damjan Damnjanovic (Co-founder, Health Tech Lab) invited the audience to give them support with round of applause. He also invited Governments and regulators to start the discussion, and support innovative startup companies that can help move things faster towards more efficient human-centered technology.