SmartWork Deployment Phase: entering the testing phase of the integrated prototype of the SmartWork system 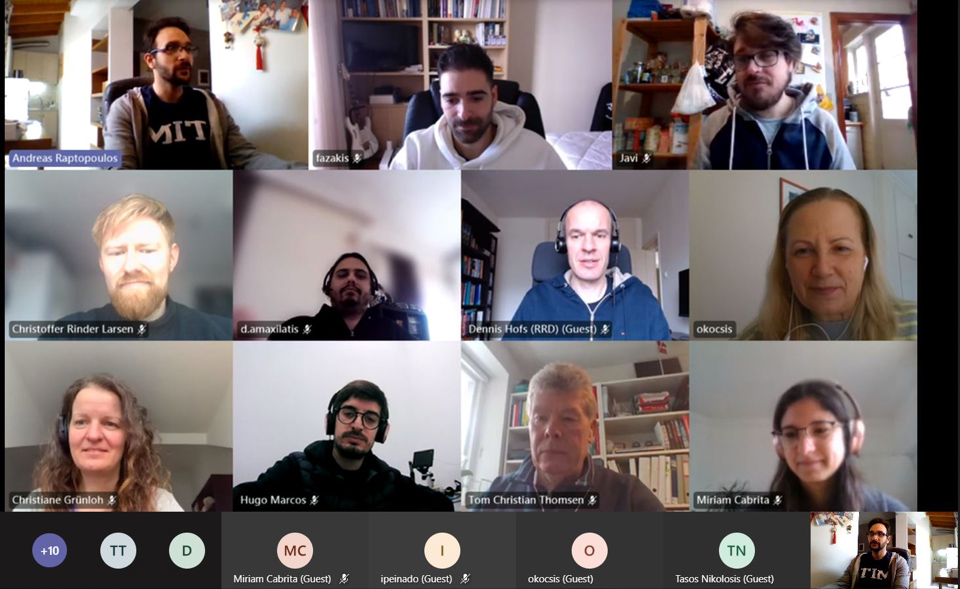 On February 1st, 2021, the SmartWork technical partners (Byte, UPAT, SPARKS, RRD, COIN, IPN and RtF-I) met online to discuss the achievements of the two years of the project and to establish the roadmap towards the deployment of the final prototype of the integrated SmartWork system.

In particular, the second year of the SmartWork project was highly intensive in regard to implementation of technical activities, with a large number of final prototypes of components being delivered by work packages WP3-6, and having started the technologies testing with office workers in a semi-controlled environment at Caritas Portugal (CDC). These activities place the ground for the project to move to the next phase, namely the deployment of the system at the two pilot sites to assess its performance in real-life conditions.

The final prototype of the Unobtrusive Sensing Network, which has been released in December 2020 under the lead of SPARKS, integrates a number of sensing devices with a secure infrastructure and a number of pre-processing tools for efficient big data storage and access. The prototypes of the SPARKS environmental sensors and the IPN smart mouse have been finalized, allowing for collecting a variety of data at the workplace. In parallel, the FitBit smartwatch was integrated with the R2D2 platform and the healthyMe app, to monitor and support office workers towards healthier lifestyle also during non-work hours. The Cognitive State Estimation (CSE) unit exploits a multitude of sensing technologies (e.g. smartwatch, smart mouse, video camera, keyboard) to monitor the capacity of the older office worker to efficiently complete the job tasks throughout the work day, detecting the level of mental fatigue and stress. A series of machine learning algorithms are used to continuously predict the potential health risks for the older office workers due to unhealthy behaviors, proving awareness and guidance towards improved quality of life and workability sustainability.

In regard to preparatory actions for system deployment, the consortium discussed a series of issues and findings resulted from the pre-pilot phase (deployment in a semi-controlled environment), related to the provision of technical support to the pilot participants in an easy and accessible way and their empowerment towards own data sharing options in a transparent mode. This fruitful work day was concluded with a task list related to the integration activities and fine-tuning of system components in order to reach project milestone “MS7. Final prototypes of core technologies fully functional and tested in semi-controlled environments” in April 2021.