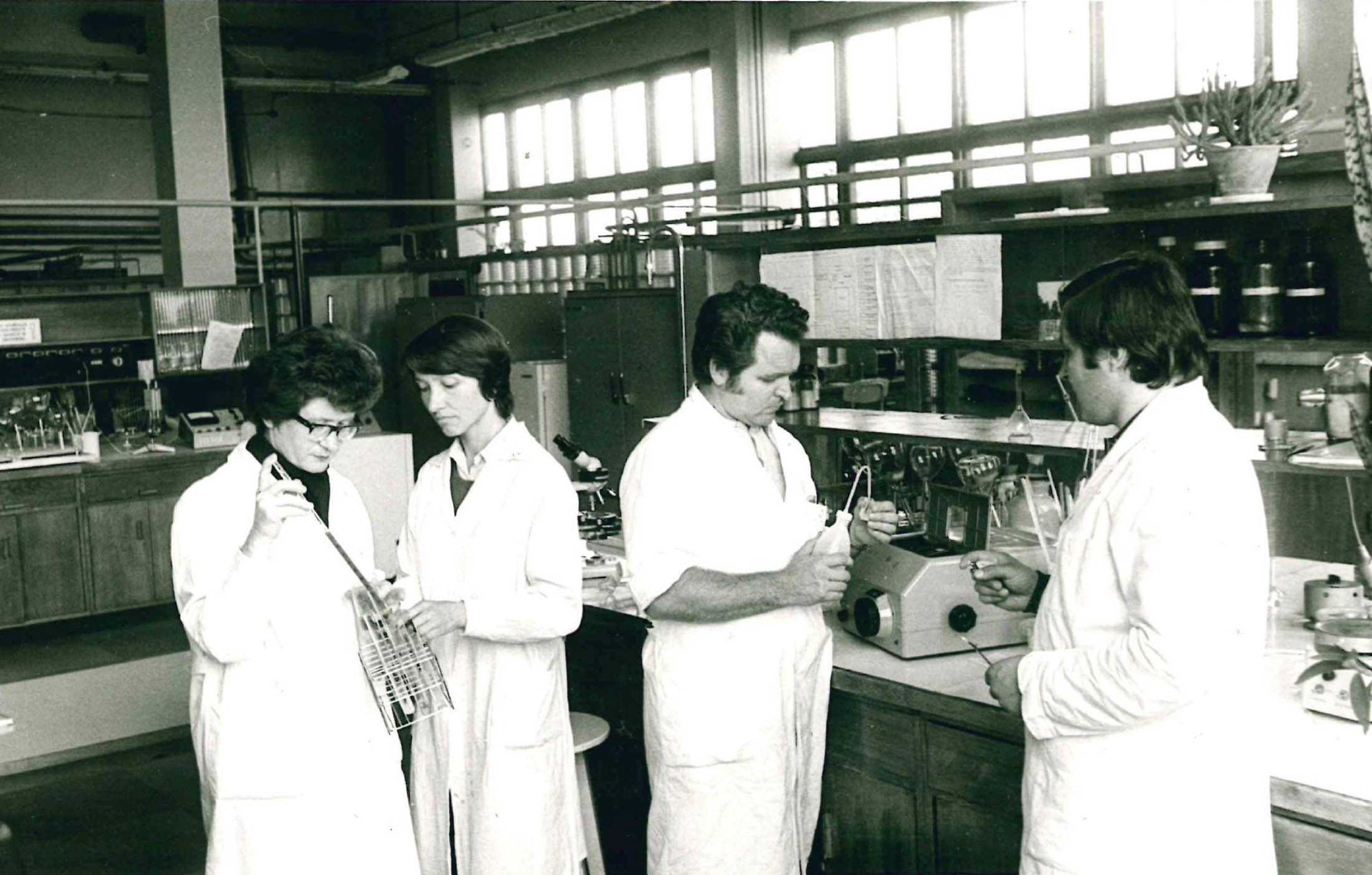 At the beginning of 1971, the first enzyme factory opened in Vilnius. Out of five being built in the USSR territory at that time, it was the first one to start its operations. A research centre was opened in this factory in the summer same year. This factory gave the biotechnology sector in Lithuania a strong foundation, which is now one of the most productive and fastest-growing economic sectors in the country.

On September 30th, the Lithuanian Biotechnology Association (LBTA) is holding an event to celebrate 50 years since the start of the biotechnology industry in Lithuania in the Life Science Centre at Vilnius University. Edmundas Ralys, Ona Simkute and Vita Kuliene —that were present during the rise of the sector— will discuss how it all started, while LBTA president Tomas Andrejauskas will talk about the Lithuanian biotechnology sector today.

When the factory was built, the term “biotechnology” was not widely used yet. It became popular only a decade later when the life science sector and related industries were developing fast.

In 1962, the Government of the Soviet Union decided to start research and development of enzyme manufacturing and applications. It was decided to build five enzyme factories: three in Russia, one in Kazakhstan and one in Lithuania, in Vilnius. Manufacturing technologies and equipment were brought from French companies “Rapidas” and “Nordon”. The construction of the Vilnius enzyme factory began in 1968 and finished in 1970, allowing operations to start in early 1971. In the beginning, the experimental and manufacturing departments running were making 4 products using technology bought from France: one enzyme breaking down proteins and three amylolytic enzymes to digest starch. Eventually, new products developed in USSR were added to the portfolio.

The scientific research centre was established in 1971 in the same factory and the Head of Department of Biochemistry and Biophysics at Vilnius University Dr Antanas Glemža was invited to manage it. In 1972, this research centre acquired the status of a central scientific research laboratory and became the foundation of the only Institute of Applied Enzymology in the Soviet Union, established in 1975. It was later renamed to the Institute of Biotechnology that is now part of the Life Science Centre at Vilnius University. This institute acquired the status of  “high importance” in the Soviet Union, which meant more funding and opportunities. The Institute was expanding fast and around 800 employees were working here at the time when Lithuania restored its independence.

The Institute of Applied Enzymology was established to serve all USSR. Consequently, when Lithuania restored its independence in 1990, it was too large for a small country and part of scientists had to leave. The ones who stayed started setting up spin-off companies, and some of these – “Thermo Fisher Scientific Baltics“, “Teva Baltics“, “Biok laboratorija“, “Biocentras“, “Biopolis“- are still in Lithuania today.

Last year, Lithuania‘s biotechnology sector grew by 87% according to LBTA’s data. Businesses in the sector generated revenues of close to €2 billion and contributed around 2.5% to the country’s GDP. One employee of the biotechnology sector generated 780 thousand euros of income in 2020 and 500 thousand the year before. Overall, the revenues of Lithuania’s biotech sector have increased nine times in the last decade, from 226 million euros in 2010 to nearly 2 billion euros in 2020.

Learn more about the Lithuanian Ecosystem here
Like
Recent posts