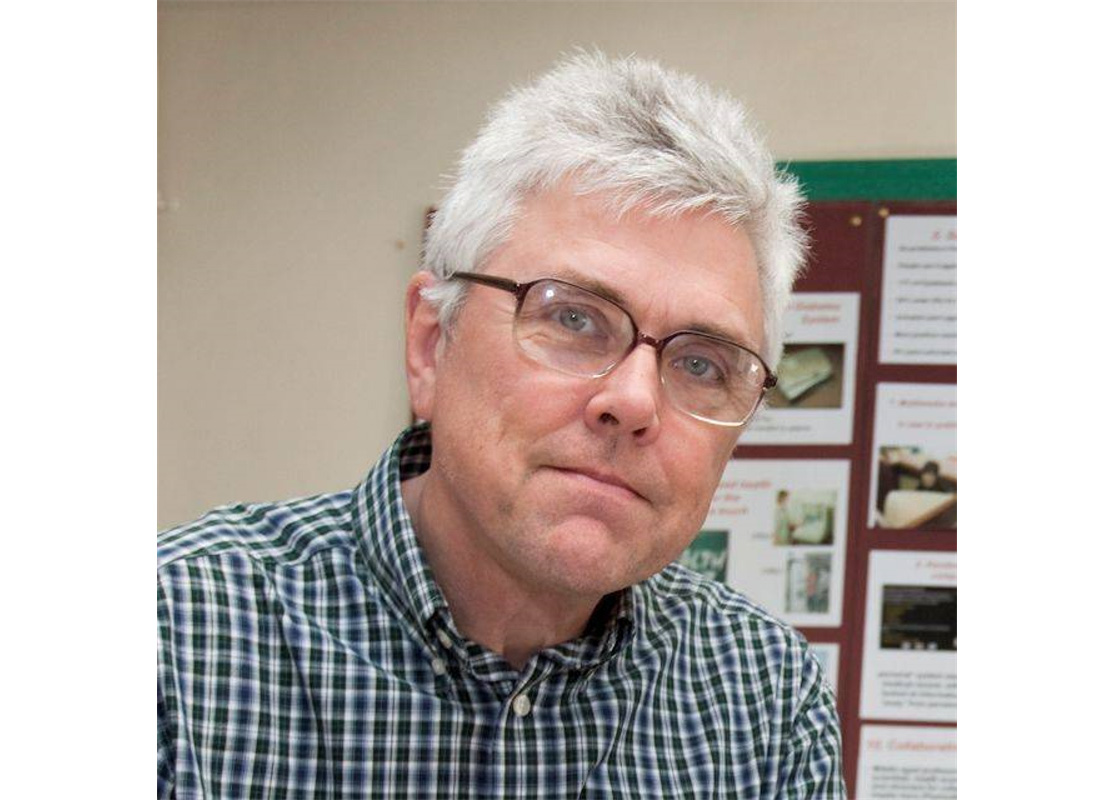 Ray Jones, Professor of Health Informatics at the University of Plymouth, was awarded an MBE for services to digital health and social care over a 45-year career that has seen him lead multi-million pound projects and engage with people across the South West of England.

One of the country’s foremost academics on using technology to empower the improvement of people’s health has been recognised in the Queen’s Birthday Honours List.

Ray Jones, Professor of Health Informatics at the University of Plymouth, was awarded an MBE for services to digital health and social care over a 45-year career that has seen him lead multi-million pound projects and engage with people across the region.

These projects have included pioneering initiatives, working with postgraduate students and younger researchers, in promoting the use of video calls and smart speakers to help care home residents stay connected with their family and exploring the use of robotics in care homes.

“Health technology has to be sustainable in every sense. I may not be able to do a lot about the environment but I do what I can through eHealth. There is no human health without a healthy environment. My work is driven by doing what I feel is useful. I’ve always wanted to make real change happen now. For my research to truly make a difference, in particular I have tried to tackle digital health inequalities, for example, by giving patients access to their own records and helping older people make use of technology.”

In 2017, Professor Jones secured £2.7m funding from the European Regional Development Fund for the project E-health and Productivity in Cornwall and the Isles of Scilly (EPIC). It has involved working with health and social care professionals and service users in the region to identify healthcare problems, then provide funding to local businesses to design and make potential digital solutions.

“I am passionate about addressing all inequalities,” Professor Jones, added. “Although that’s mainly down to politicians, as an academic through projects like EPIC we can at least help in a small way to tackle regional inequalities.”

His grassroots approach in EPIC has seen his team engaging people throughout the region, people who otherwise might not have been able to get involved. Thanks to their feedback and collaboration with local businesses and start-ups, the first three years of EPIC funded more than 40 projects that are already making a difference to people’s lives.

In March, 2020, EPIC received a three-year, £4m extension, to continue the work, and a second three-year project – the £1.6m GOALD (Generating Older Active Lives Digitally) was separately funded in 2021 by UKRI and launched alongside.

Ray believes that our health and care students can be a major way of addressing digital health inequalities in the region, and promoting the use of evidence-based information in public debate about health. Through his teaching, Ray pioneered Digital Health Professionalism including a Digital Health Champions scheme and use of Twitter as part of the Plymouth undergraduate nursing curriculum in 2014, predating the ‘every nurse an e-nurse’ objective set by the Royal College of Nursing in 2017. Since then, every Plymouth nursing undergraduate has been required to use the platform using the prefix @PUNC (Plymouth University Nursing Cohort) to engage with patients, professionals and healthcare forums to supplement their learning. Digital Health Champions from nursing and other health studies have volunteered to find ways of helping local groups and communities make better use of technology.

“The impact of Ray’s work has been profound. Through his leadership of major European-funded programmes, he has brought together health and social care professionals, service users and businesses, to create innovative digital solutions. And his inspiring teaching has influenced hundreds of future healthcare professionals to embrace technology for the benefit of their practice – and society. This MBE is richly deserved.”