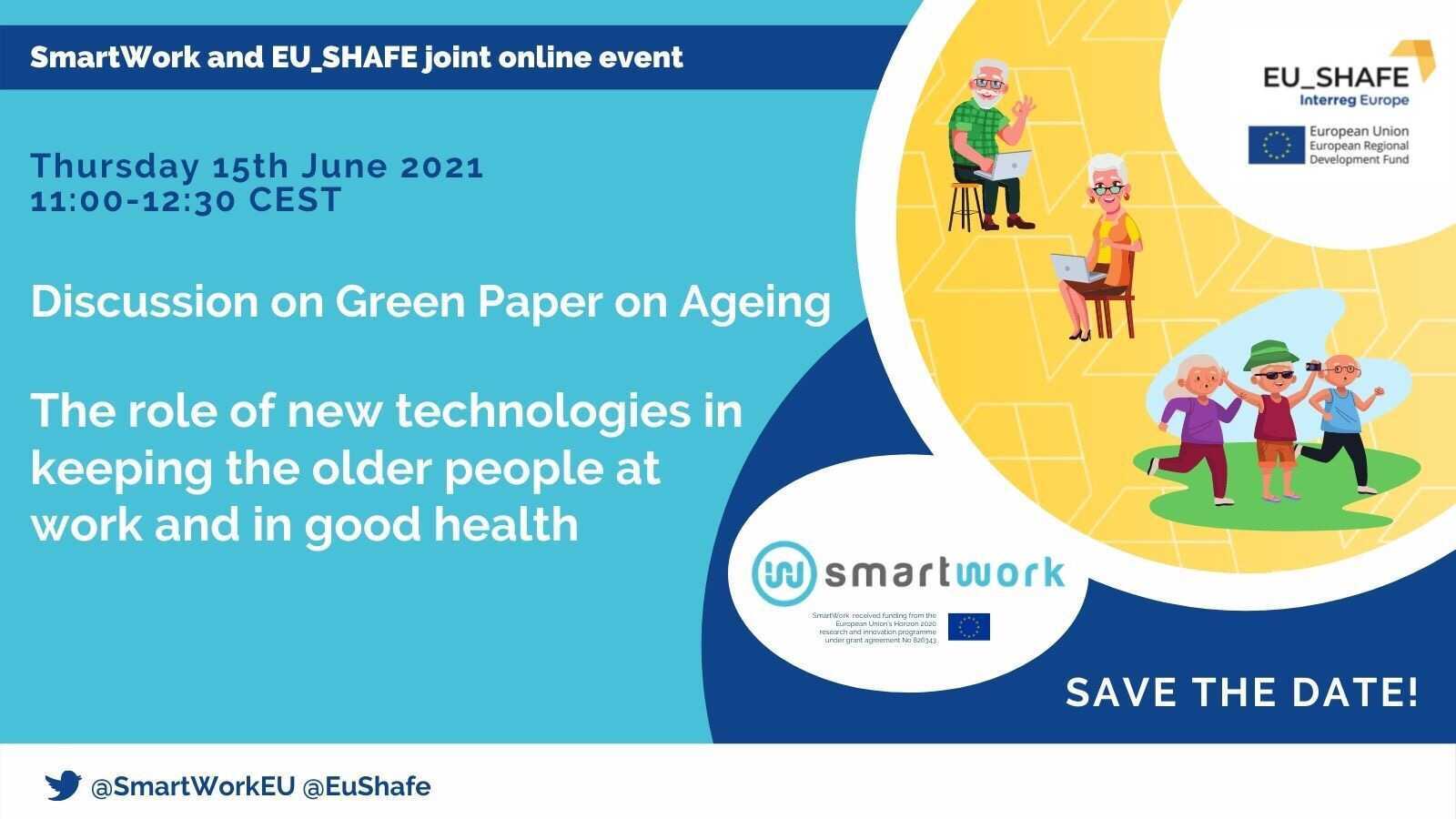 The Green Paper on Ageing, which was released by the European Commission at the beginning of the year, seeks to launch a wide public debate on this issue. The Green Paper sets out the key issues related to ageing and discusses possible ways to anticipate and respond  to the socio-economic impacts of Europe’s ageing population.

The Paper was open for public consultations till 21 April. ECHAlliance led two responses to the document: on behalf of the EU_SHAFE consortium, focusing on enabling smart healthy age-friendly environments, and on behalf of SmartWork, engaging additionally four other Horizon 2020 projects, which focus on building sustainable and age-friendly working environments for all. In their commentary they called for better recognition of the potential and the role of new technologies in keeping the older people at work and in good health in the Green Paper and the future policy responses.

To follow up on the responses to the Green Paper on Ageing, the two projects organise the webinar “The role of new technologies in keeping the older people at work and in good health“. It will take place on 15 June at 11:00-12:30.

The webinar aims at:

Save the date and stay in touch with the projects’ developments: