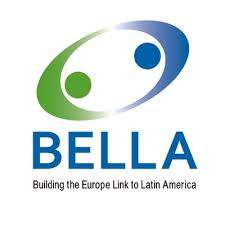 Latin America and Europe have never been so close. The BELLA (Building Europe Link to Latin America) consortium, whose leading investor is the European Commission, has signed a contract agreement with EllaLink, a private consortium, to launch the deployment of an underwater fibre optic cable connecting Europe and Latin America. The cable will provide reliable high capacity connectivity that will boost business, scientific and cultural exchanges between the two continents.

This new digital data highway is scheduled to be ready for use in 2020. The cable will guarantee high capacity transmission and run between Portugal and Brazil, with plans to extend connectivity to both Latin America and within the EU.

This transatlantic link will provide researchers and companies with an essential facility for the development of the data economy. It will significantly strengthen the links between research and education networks in the two continents, enabling new collaborative activities. This will be a step ahead in the creation of an EU–Latin America common research area and will support innovation and knowledge-sharing, for instance in improved earth observation services.

In addition to the construction of the undersea cable, BELLA will support improved interconnectivity between Latin American networks for research and education, and will finance sections of the cable running between countries in the region. This will reduce Latin America’s digital divide with Europe and internally.

The signature of the contract is a key milestone in connecting Europe and Latin America. Construction of the underwater cable will only start once the contract enters into force. This is expected to happen shortly.

The partners in this ambitious project

Since 2015, a wide array of public and private organisations on both sides of the Atlantic have been bringing this large-scale ambitious project to life in collaboration with EllaLink (formerly known as the EULALINK Joint Venture).

The European Commission is investing around €26.5 million alongside the group of public stakeholders that form the BELLA consortium, with two aims:

The BELLA consortium is composed of 11 European and Latin American research and education networks from Brazil, Chile, Colombia, Ecuador, France, Germany, Italy, Portugal and Spain, together with the regional networks RedCLARA, the Latin American research & education network, and GÉANT, the pan-European research and education network. It has been established to take full advantage of the future high-capacity link and extend it to other academic networks in Latin America, ensuring equal access for academia and non-profit organisations in the region. Latin American members of BELLA consortium are contributing with cash and in-kind resources to both the deployment of the submarine cable and the in-land connectivity extension. The total equivalent amount of mobilised resources is more than €53 million.

Previous post Tent Tech: Is AI more than just a buzzword?
Next post Amazon, Alphabet, Microsoft want to fix one of the most broken things about healthcare