Are the UK competition authorities ready to police the digital revolution 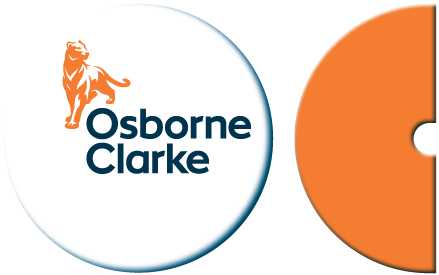 Interesting article of an ECHAlliance member, Osborne Clarke about “Are the UK competition authorities ready to police the digital revolution?”

On 2 August 2018, the UK Treasury department announced a review of the fitness of competition policy for the digital age. The review will be chaired by US economist Professor Jason Furman (formerly the top economic adviser to the Obama administration) and a panel of competition law and digital markets experts. It will start in September and run to early 2019, generating a final report with recommendations for the government.

The focus of the Furman review

This is not a review of the digital sector, but a review of policy and the powers of the enforcement authorities – the UK Competition and Markets Authority (CMA) plus, within their field of expertise, the various sector regulators.

Competition policy (including as regards the digital sector) is already under scrutiny as part of the “Modernising Consumer Markets” Green Paper consultation by the UK Department Business, Energy and Industrial Strategy. The Treasury review is on a shorter timescale and will generate its own recommendations, but the Treasury’s press release confirms that the panel will “provide an independent voice” to support the BEIS review.

What are the issues?

The Furman review is due to consider the following issues:

How to ensure new firms can adequately compete, allowing choice to consumers and encouraging innovation

Digital platforms are often virtual “marketplaces”, connecting a buyer with a seller, a searcher with information, a passenger with a ride, a person with a friend, etc. In addition, they typically connect advertisers with platform users’ attention.

The best approach to handling mergers between tech companies

Tech sector acquisitions are often driven by strategy around future positioning and their targets are often small and may not yet generate much revenue. These types of acquisitions often fall below traditional turnover-based merger control jurisdiction thresholds (which has led to some authorities taking account of deal value as well). Moreover, since the transaction is about future prospects, often involving an innovation which could change market conditions, it can be difficult to predict the competitive impact of the merger (a concern also highlighted by the BEIS Green Paper).

A platform that has gathered a bank of data about a particular customer can offer personalised, targeted services. This may help the customer but can also make it very difficult for a competing platform to win that customer if it cannot access similar data. Also, the BEIS Green Paper (and the CMA’s response to it) noted that personalisation can be positive or negative for a consumer (for example, where profiling is used to identify opportunities to exploit a particular consumer, such as not offering price reductions to customers who do not shop around – the so-called “loyalty penalty”). Finally, the impact of so much data being controlled by a limited number of businesses will be considered.

Market strength is not outlawed under competition law (only its abuse), although there is a recognition that concentrated markets can be less competitive. Of course, a concentrated market can nevertheless be very dynamic, particularly where transformative innovation is a feature. So careful analysis is necessary to understand the particularities of digital sector markets.

The Furman review is able to make recommendations to government regarding changes to law, regulation or policy. The wider BEIS review of consumer markets is a flag that new legislation is a possibility in this area. The best guide to potential changes is probably the CMA’s request for additional powers in its BEIS green paper response. This was not extensive or game-changing, but included:

Online markets and the digital economy are a priority area for the CMA (as witnessed by the overview of its extensive work in this area in its response to the BEIS Green Paper). It is notable that the legislative amendments that it requested in that context all involve procedural fine tuning. It has not requested any major reforms of substance. The inference is that the CMA’s wide-ranging work in digital markets has not thrown up any major gaps or problems with its enforcement toolkit.

This is in many ways unsurprising. Competition law, which first emerged out of the second industrial revolution, has proved itself to be very adaptable because it is based on overarching principles rather than being focused on particular actions or practices. Digital businesses are not so different that they are beyond the reach of the competition authorities, as the recent and past fines on tech giants by the European Commission clearly demonstrate.

It is nevertheless sensible to take stock of the challenges posed by digital sector business models, which can require fresh thinking in how to apply longstanding principles. It is in the interests of business that competition policy has rigour, clarity and consistency, because it makes it easier to predict and anticipate. It is to be hoped that this new Treasury review, and its input into the BEIS Green Paper review, will ensure that thinking is aligned across different departments of the UK government, as well as with the enforcement authorities, on these key issues for the digital era.

Open Medical : how to increase the value of your Electronic Medical Record