Amazon, Alphabet, Microsoft want to fix one of the most broken things about healthcare 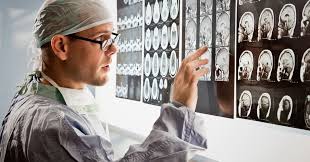 Amazon, Alphabet, Microsoft and other tech giants want to fix one of the most broken things about health care

There are many broken things about the U.S. health care system. But one of the biggest and most overlooked problems is that patients still find it too hard to share their medical information between doctors, especially those working in different hospitals.

It’s a huge problem for many reasons: It makes it harder for consumers to access the highest-quality care, and new patients who walk into a hospital are like strangers — care-givers won’t know if they have an allergy or a chronic disease.

Some of the largest technology companies in the world are undertaking a new effort to fix that. And they have a good reason to do it, as the lack of open standards around health data is a huge barrier for them to get into the $3 trillion health system.

On Monday, Alphabet, Amazon, IBM, Microsoft and Salesforcespoke out at an event in Washington D.C. called the Blue Button 2.0 Developer conference. These companies are rivals in some important ways, so it’s a strong signal that they came together on this issue.

We are jointly committed to removing barriers for the adoption of technologies for healthcare interoperability, particularly those that are enabled through the cloud and AI. We share the common quest to unlock the potential in healthcare data, to deliver better outcomes at lower costs.

To address the problem, these tech companies are proposing to build tools for the health community around a set of common standards for exchanging health information electronically, called “FHIR.”

The government and the private sector have tried to fix this problem for decades, spending billions in the process. Unfortunately, the bulk of that funding was spent on moving doctor’s offices from paper-based systems to electronic ones, and not on data sharing.

There are strong economic incentives to keep things the same. The creators of market-leading medical records software, like Epic and Cerner, have no reason to open the door to deeper-pocketed tech giants. For providers, keeping information trapped within a hospital or health system makes it harder for unsatisfied patients to shop around and potentially leave. But in health care, unlike in most other sectors, that kills vulnerable patients.

“These fee-for-service hospitals are fighting tooth and nail to retain patients — and the vendors are responding to these needs,” Dr. Bob Kocher, one of the key architects of the Affordable Care Act and a health tech investor with Venrock previously told KQED in 2015. “They [some hospitals] have not wanted features that make it easier to share information.”

Ultimately, health insiders say, today’s announcement is a recognition that that something needs to change.

“Today’s announcement is both a big deal, and just a start,” said Aneesh Chopra, the former chief technology officer of the United States, in an interview with CNBC. “The big deal is that the major cloud platforms, like Apple earlier this year, understand that a sector as complicated as healthcare benefits greatly from open standards.” (Apple has its own plans around medical records, which it made available on the Health app earlier this year.)

“However, it is a start, as we have so much more work to do to standardize the entire health record, with the capacity for applications to read and write back to the patient’s record without special effort,” Chopra explained.

Previous post BELLA: A new digital data highway between Europe and Latin America
Next post Read this interesting article from ECHAlliance member, Doctoralia about “THE FUTURE OF DOCTOR DUPLEX