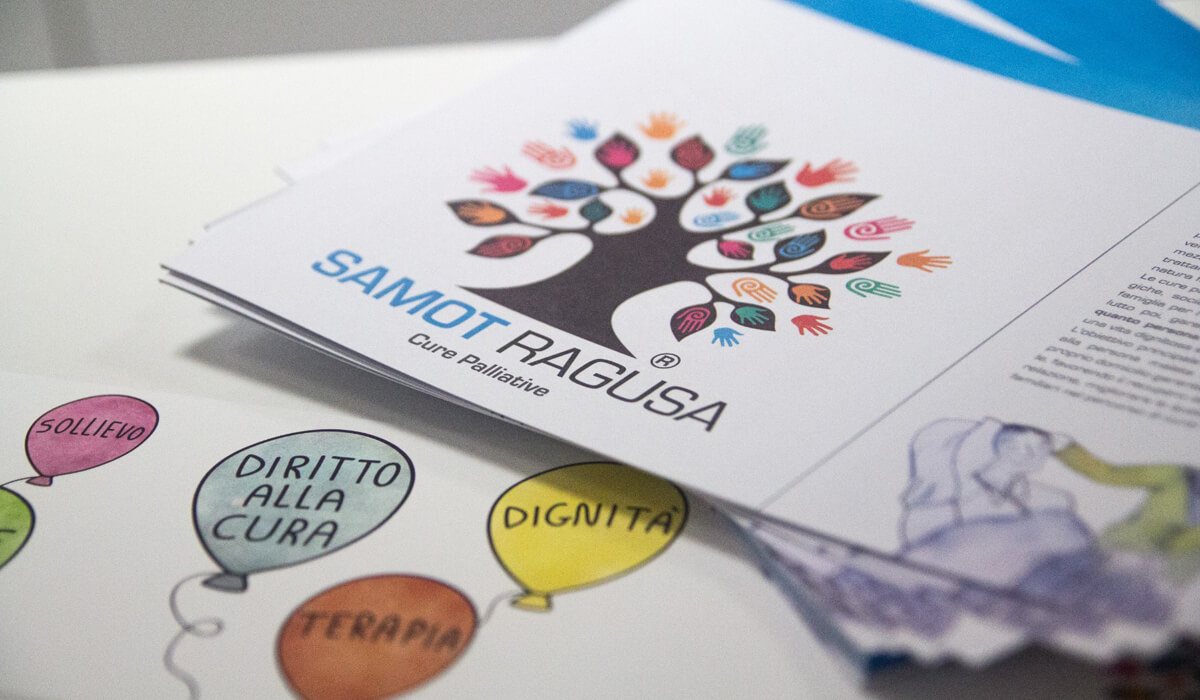 Despite the fact that antithrombotic medications are associated with high rates of bleeding in cancer patients during the last phase of their lives, they are rarely deprescribed. A European consortium, led by the Leiden University Medical Centre (LUMC), has been awarded a Horizon Europe grant of €6 million to create an online app that facilitates the shared decision making between doctors and patients regarding the discontinuation of their anti-thrombotic medicines.

In the consortium participates SAMOT Ragusa, an Italian non-profit organisation providing home- based palliative care through accreditation from the Italian National Health System.

Many patients with cancer receive antithrombotic medications. These drugs reduce the ability of the blood to clot, thereby reducing the risk of thrombosis. They are often continued until death, despite side effects such as bleeding, and the associated reduced quality of life. “Only rarely are these medications discontinued during the last phase of life” – say Erik Klok, Professor of Medicine at the LUMC, and Simon Noble, Marie Curie Professor in Supportive and Palliative Medicine at Cardiff University – “This is due to the lack of scientific evidence, but also because death and dying are often not discussed sufficiently by the treating physician”.

Klok, Noble and their colleagues hope to encourage this discussion with a dedicated online app. This app uses questions to start the conversation between physician and patient and assesses the patient’s individual risk of bleeding and thrombosis. “We want to tailor the app as much as possible to the individual patient. We take into account factors such as gender, tumour type and past thrombosis / bleeding history. The questions in the app will be adjusted accordingly”. Klok emphasises that the app does not indicate whether the patient should stop taking medication. “The app does not give any advice, but makes discontinuing medication negotiable. The final decision lies with the patient, giving them more control over their own disease process. Most importantly, it helps them to consider the evidence within the context of their own personal preferences and values”.

SAMOT Ragusa, LUMC and Cardiff University are collaborating with other 11 institutions across Europe in order to develop an app with the broadest possible relevance. The first two years of the SERENITY project will be dedicated to epidemiological studies, qualitative research, consensus building and app development. A great deal of attention will be paid to the perspectives of doctors and patients. “After that, we will test the app in practice. We will compare the results of patients who have used the app with those who have not. Our expectation is that the app will lead to the appropriate use of antithrombotic medication, prevention of bleeding complications and significant cost savings, in addition to an improvement in the quality of life and treatment satisfaction of patients, their carers and the healthcare professionals involved”, says Noble.

The grant is part of the European Commission’s Horizon Europe programme.

SAMOT Ragusa is a non-profit organisation providing home-based palliative care through accreditation from the Italian National Health System. In 2021, it treated more than 4,000 patients, providing 200,000 health services. It actively participates in National and International initiatives promoted by scientific organisations, and carries out scientific research on palliative care contributing to clinical trials and observational studies.