Voxmate: Accessibility space could become a place for many new start-ups 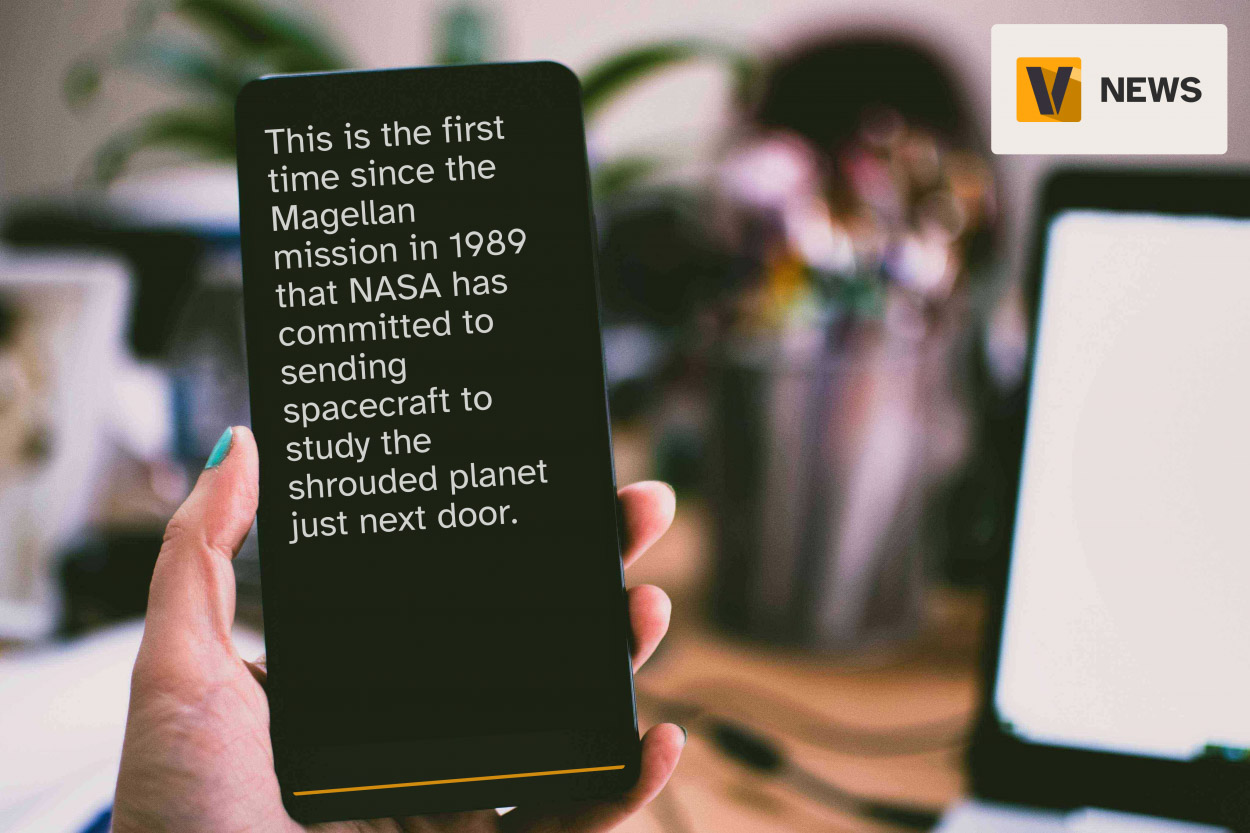 This piece will give an overview of a new Estonian start-up that launched its mobile app for visually impaired people. It will also touch the issue of accessibility. One of the reasons why we all should care about this topic is that humanity is ageing and there are more and more people with special needs. As a result, a growing number of companies are focusing on improving the digital accessibility of their services.

On September 1, Estonian start-up Voxmate launched a mobile application aimed at people who have lost all or some of their sight. Katja Danilova, co-founder of Voxmate, said that there are still very few start-ups in the field of accessibility, although there is great potential for various developments in this area.

The need came from personal experience

The need to develop Voxmate arose when co-founder Katja Danilova’s father suddenly lost his eyesight. “We tried to find activities for him to do while alone at the hospital, such as listening to the radio or audio books,” said Katja. The family had no previous experience with screen readers, but they assumed that no one would have issues using them. “It turned out that they are actually very complicated. It may take years to master screen readers and they can often be quite annoying,” she said. This is one of the reasons why people who have lost their sight either partially or completely might not begin to use smartphones or might use only certain functions.

“We were surprised because we thought that in the 21st century, thanks to technological advances, it would be very easy to use smartphones without eyesight,” said Katja. After researching various existing technologies, they decided to develop their own solution that would be easy to use from day one. They invited Jakob Rosin to their team – a journalist and the chairman of the Estonian Blind Union. Jakob is an experienced screen reader user, but even he had to admit that some applications are difficult to use and that it can take a lot of time and resources to get into them if you have no interest in technology.

“In my previous work as an assistive technology specialist for the visually impaired, I have noticed how much those who have recently lost their eyesight struggle to understand the workings of screen readers, which offer many options and are built into operating systems. On the other hand, it is crucial for a person who has just lost their sight to feel that they are still part of the world and are in the same information space as others. With Voxmate, we want to give them the opportunity to access entertainment, communicate with their friends and receive information quickly, without having to spend weeks learning to use screen readers,” said Jakob.

Voxmate differs from other apps for people with visual impairments in that it does not work with the screen reader built into the phone’s operating system, but instead offers users a separate app with a clean and simple interface that relies primarily on audio. “First and foremost, we focused on accessibility. Usually it’s the other way around – you make an app and then think about how to make it accessible,” Katja said.

Currently, Voxmate includes around 20 audio-first apps, it’s like a platform of different apps that have been adjusted to the needs of blind people or people with poor eyesight. People new to smartphone accessibility can start with the basic apps – read the news, scan printed text, listen to radio and podcasts, call friends and send instant messages via Telegram. More experienced users can play original games, chat on the Audio Forum, and enjoy clean interfaces for popular services like YouTube.

All functions can be used with four swipes (left-right, up-down). Thus, the solution is fairly simple for those who have previously struggled with screen readers or who have recently lost their vision. Voxmate has four colour schemes so that people who have lost their vision partially can read words from the screen. Voxmate can also be used so that the screen is completely blank, yet the audio is still working.

Voxmate is currently only available in English, but more languages will be added in the future. The platform will also be opened up to other developers who want to create audio-first applications within Voxmate.

The field of accessibility has great potential

Katja Danilova said that there currently aren’t many start-ups in the field of accessibility, but new companies are gradually emerging. One of the reasons is that humanity is ageing and there are more and more people with special needs. As a result, a growing number of companies are focusing on improving the digital accessibility of their services.

“It’s often assumed that only non-profits are interested in accessibility or inclusion, but the truth is this field has a lot of potential,” Katja said. “We talk a lot about sustainability and its importance; I see accessibility as a part of that. It’s sustainable when we all care about each other equally. The more we create with different special needs in mind, the better the world becomes for everyone.”

As of September 2021, Voxmate is part of the Tehnopol Startup Incubators growth programme via the Northbound Startups project and will soon become a member of the Connected Health Cluster.