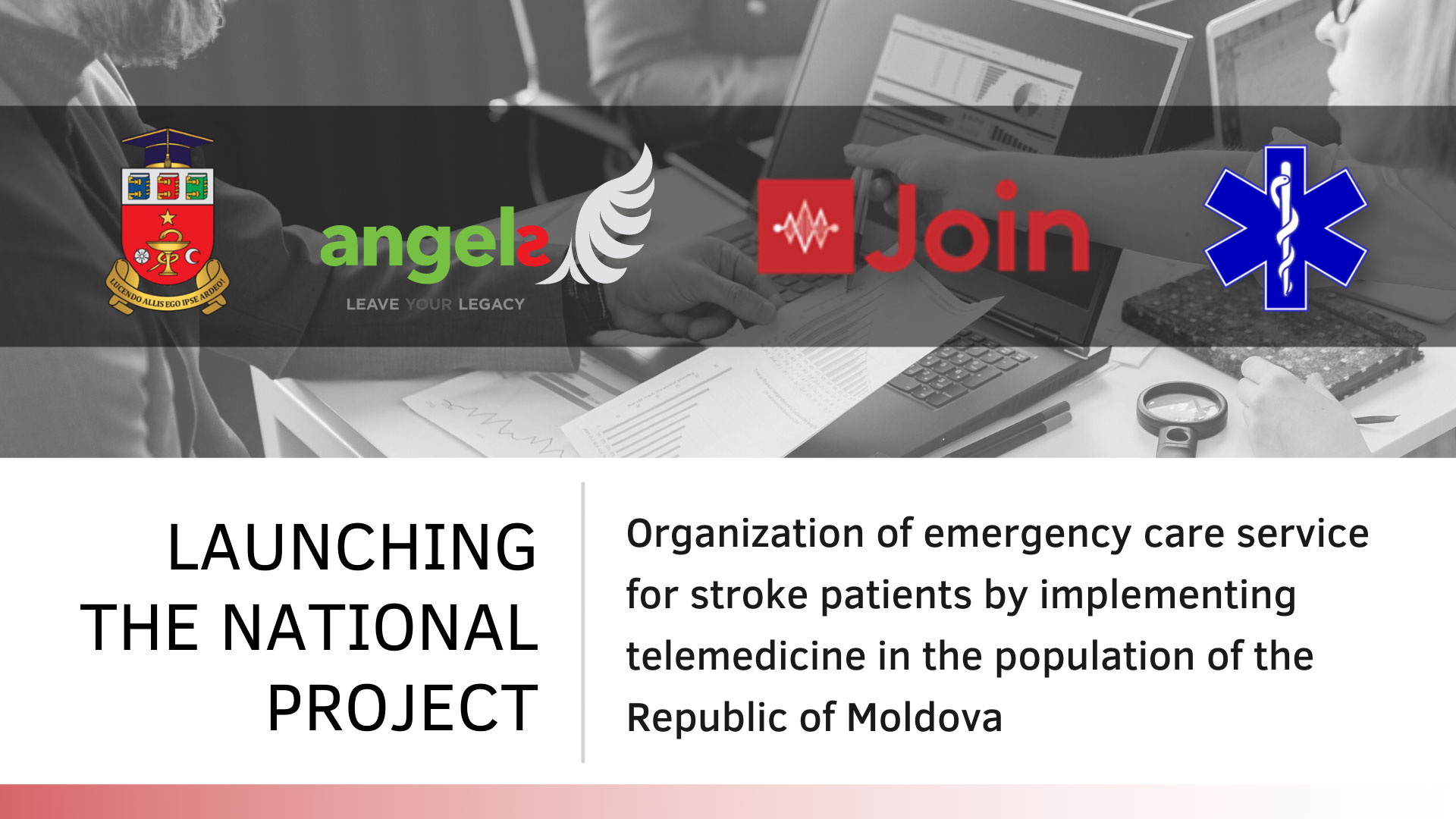 The State University of Medicine and Pharmacy “Nicolae Testemitanu” has launched the national project ”Organization of emergency care service for stroke patients from the Republic of Moldova through telemedicine”. The project is co-designed and it will be implemented in partnership with Angels Initiative, Institute of Emergency Medicine, Allm North America Inc and Moldovan Association of Neurology, being endorsed by the Government of the Republic of Moldova (through the office of the Deputy Prime minister for digitalization and the Ministry of Health of the Republic of Moldova).

The national project aims to completely restructure, streamline and modernize the concept of acute specialized neurological service at all institutional levels, by bringing it closer to the patients in need throughout the country via a telemedicine system.

By connecting the regional units to the central stroke hub, the telemedicine services will allow hospitals without local expertise in the treatment of stroke to connect the patients and neurologists who are specialized in treating a stroke. Using video images, remote experts can virtually examine an individual with symptoms that suggest a stroke, analyze radiological investigations, and make recommendations on the best treatment plan. Stroke telemedicine improves the prognosis and can save lives, as well as alleviate disparities in stroke care and improve outcomes after stroke.

It should be mentioned that, in the Republic of Moldova, every year more than 12,000 people have strokes, of which about 35% die in the acute period of the disease. Stroke mortality is three to four times higher in our country than in European Union countries, and the incidence is 2.5-3.0 cases per 1000 inhabitants per year. Stroke is the leading cause of disability in the adult population of the Republic of Moldova, one third of stroke victims being socially active people. Stroke is the second leading cause of dementia, depression, and the most common cause of epilepsy in the elderly.

In the coming months, it is foreseen to deploy the necessary telemedicine facilities, develop the necessary skills among the involved medical staff, and pilot the interaction and data flows among the nodes of the national network. In parallel, outreach activities within the local communities (ex. in the schools) on stroke education are foreseen, in order to improve knowledge about stroke among different segments of the population.

The project team is open to partnerships with other stakeholders in reducing the burden of stroke on Moldovan population.