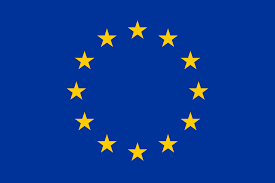 Industry leaders and innovative startups have agreed to work together with Governments and the European Commission to support the development of blockchain technology. This will reinforce the chances of developing the right conditions for this technology to flourish and boost Europe’s chances of maintaining its leadership in this field.

The EU Blockchain Industry Roundtable, which took place on 20 November 2018, is an important step towards creating a European community to support the deployment of blockchain in the European Union. In particular, the European Commission welcomed the announcement by several participants of the establishment of the “International Association for Trusted Blockchain Applications” that will be based in Europe and will be open to any organisation willing to work on the deployment of blockchain and distributed ledger technologies to transform digital services.

The new association will work closely with the European Commission and with Member States grouped within the European Blockchain Partnership in supporting interoperability, developing specifications, promoting standards and regulatory convergence to support the development and exploitation of innovative blockchain technologies.

The EU Blockchain Roundtable: “Bringing industries together for Europe to lead in blockchain technologies” took place on 20 November in Brussels, and was hosted by Commissioner for Digital Economy and Society, Mariya Gabriel and the Director-General for Communications Networks, Content and Technology, Roberto Viola, who said :
“What makes this association special is its focus on promoting trust in blockchain technology among public authorities and citizens. This association can also now become a natural interlocutor for all the regulators at EU and national level, for instance on standards and regulation. It will also be able to communicate with citizens about blockchain, a technology which should not be associated with obscure cryptocurrencies but with transparency traceability and a secure environment“

They were joined by Eva Kaili MEP and author of the European Parliament Blockchain report, senior industry executives and innovative startups that are developing and applying blockchain innovation to new services and products in several different areas including aeronautics, transport, financial services, energy, technology suppliers, healthcare and consumer goods.

Blockchain technology could transform the world of digital services, but for Europe to lead in the development and uptake of this new technology, close cooperation between the public and private sectors will be needed. This is why the European Commission is working together with governments and the industry to overcome regulatory obstacles, increase legal predictability, lead international standardisation efforts and accelerate research and innovation to support innovative blockchain technologies. In parallel, the legal and regulatory framework is gradually being shaped by Member States and also at European level (through the eIDAS and GDPR regulations, as well as the European Commission proposals on e-privacy).

Many governments and companies are already exploring the potential of these technologies, across a wide array of sectors, such as energy, healthcare, financial services, supply chain management, manufacturing, transport, education, creative industries and public services.

Earlier this year, the European Commission launched the European Blockchain Partnership, in which 26 EU Member States, as well as Norway, have joined so far. One of the main goals of this Partnership is to develop a European Blockchain Services Infrastructure that will support the delivery of cross-border digital public services, with the highest standards of security and privacy. Furthermore, the Commission has launched the EU Blockchain Observatory and Forum with the support of the European Parliament as well as a study on the feasibility of an EU public blockchain infrastructure to develop cross-border services. Blockchain technology is also a key part of the FinTech Action plan as well as of the priorities for the Digital Europe Programme proposed under the next EU long-term budget for 2021-2027.

More information on the Roundtable