Digital health just had a record year. But is a day of reckoning ahead? 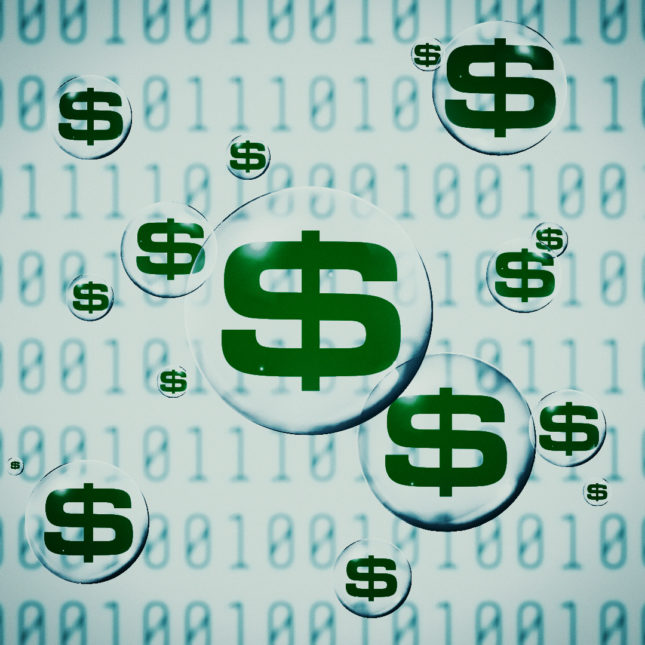 In 2018, digital health firms had a record year, raking in $8.1 billion from investors buying into the industry’s efforts to re-engineer the delivery of medical services, according to the venture capital firm Rock Health. That’s a 42 percent increase over the prior year.

But mixed into the enthusiasm for this blossoming industry are signs of stress. Valuations are skyrocketing before companies can establish clinical value and reliable revenue; many young firms are quickly burning through cash and asking for more. And even as pressure and expectations soar, the financial relief valves are clogged — U.S. digital health firms have not seen an IPO since 2016, and acquisition activity, though still considerable, has declined in the past few years.

All of which has investors and analysts asking a critical question: Is digital health care becoming a bubble that will soon burst?

“I do think there will be a day of reckoning for some companies in the space who will just not be able to drive growth and adoption [of their products] at the pace that they hoped and planned for,” said Wende Hutton, a partner at Canaan, a Silicon Valley-based venture capital firm that invests in early-stage companies.

That could lead to failures and fire sales, and a retrenchment by investors, especially if the broader economy begins to falter, halting the 10-year bull market that has buoyed the sector’s growth.

The economic prospects of the entire industry are not easily reduced into a sweeping assessment. Digital health is a sprawling sector encompassing businesses that provide telehealth services, software-based diagnostic devices, wearable gadgets and sensors, and analytics tools — many using artificial intelligence — that deliver timely alerts and treatment advice to doctors in an array of specialties.

Some of the sector’s well-publicized growth in recent years is artificial, as firms once included in the medical device sector are being branded as digital health companies to capitalize on the fervor surrounding it. But no amount of clever marketing can obscure the need to establish clear value for doctors and patients, said Christian Terwiesch, a professor of health policy and innovation at the University of Pennsylvania’s Wharton School.

“There’s a lot of buzz, but we haven’t seen as much delivery on the promises,” said Christian Terwiesch, who added that even companies’ whose technologies work as advertised must overcome significant barriers to win uptake in the health care industry. He said the challenges were exemplified by a recent conversation he had with his primary care physician about the usefulness of data flowing from an exploding array of sensors.

“I said to my doctor, ‘I see you have the information technology to connect with my Apple Watch, isn’t that great?’” Terwiesch said. “And he said, ‘Yeah, thank you so much. I care for 2,000 patients. Imagine what it means to be connected to the Apple Watches of all of them.’”

The point, industry analysts said, is that while the value proposition of a digitally connected health care system seems obvious for patients, it is not necessarily so for other stakeholders in health care who must weigh the costs and benefits of these technologies, decide how to make use of them, and determine how they should be paid for. Getting those answers, and establishing a clear impact on patient outcomes and health providers’ finances, may impede many startups from living up to the valuations they’ve been given in a high-flying economy.

“Investors are realizing that getting to market, particularly for those trying to sell into large health systems, requires a lot of activity and capital,” said Geoffrey Starr, a partner at the law firm Cooley, which advises clients on fundraising and acquisitions. “That’s why you’re seeing these larger [fundraising] rounds earlier in the process.”

Rock Health found that the time between seed fundraising and the Series A financing round for digital health startups dropped to 15 months in 2018 from about 30 months in 2011. The average amount raised per round also jumped 38 percent to nearly $22 million last year. The firm said both changes signal a maturing market, and perhaps one that is nearing a plateau.

However, in a recent report on whether digital health is in a bubble, Rock Health concluded that the industry, while likely to see growth slow down in the months ahead, is unlikely to see investors flee as they did during the dot-com spiral of the early 2000s.

“We are probably at the peak of the investment cycle,” said Megan Zweig, Rock Health’s director of research. “Right now, companies seem to be taking advantage of the capital-rich market. They are raising more dollars than ever before at a faster rate than ever before. We think it would be smart to plan for a world in which there isn’t as much capital available.”

The rapid-fire investment has produced an array of firms valued at more than $1 billion. They include Proteus ($1.5 billion), a maker of wearables and ingestible sensors to track medication adherence; Tempus ($2 billion), which promises to deliver treatment insights by analyzing vast amounts of molecular and genomic data; and Butterfly ($1.25 billion), which developed a whole-body ultrasound device that fits in your pocket.

It has also led to a couple of well-publicized collapses, including Theranos, which reached a $10 billion valuation based on robotic blood-testing technology that didn’t work, and the digital education and advertising company Outcome Health, which fell from a $5.5 billion perch after allegations that it was inflating data related to the performance of its ads.

While alleged unethical behavior and fraud remain rare, hype is not, and that contributes to concerns about overvaluation. Hutton, the partner at Canaan, said that while the balloon will burst on some companies, the need for innovation in America’s $3.5 trillion health care industry is obvious, as costs continue to skyrocket and many participants remain reliant on outdated technologies like fax machines.

“There are very big problems to be solved and very large potential markets,” she said. “But these are going to be slow and complex solutions to roll out.”

Several companies have succeeded in demonstrating value and winning huge payouts. Last year, Flatiron Health, which built a platform to analyze “real-world” data on cancer patients, was purchased for $1.9 billion by the pharmaceutical giant Roche. PillPack, an online pharmacy that pre-packages medications for seniors, was acquired for $1 billion by Amazon.

But those successes are still sporadic, and Hutton said acquisition activity that looks strong on paper is considerably less so when surrounding context is considered. Of the 110 deals recorded last year, many resulted from underlying struggles or overlap in the market.

“A lot of the acquisitions listed in statistics are mergers and roll-ups,” Hutton said. “The amount of capital return is quite limited.”

Another looming question is when the sector’s IPO drought will end. The last U.S. company to ring the bell was iRhythm, a company that makes a wearable heart monitor, in October 2016. The slump continued last year, even as IPO activity picked up in the broader technology market.

But 2019 has brought some signs of life. Earlier this week, Health Catalyst, a Salt Lake City-based company that helps hospitals analyze their patient data, selected banks to help it go public. And Livongo, which monitors patients with chronic illnesses, is also weighing an IPO after it acquired a couple companies last year. Among its acquisitions was Retrofit, a weight management and disease prevention firm whose diabetes program will beef up Livongo’s ability to directly deliver therapy to patients.

“Companies are figuring out how to scale their products to have the intended impact,”said Megan Zweig, of Rock Health. Given the possibility of an economic slowdown and tighter capital markets, she said, their window for doing so may begin to close this year.

“I don’t think we’re necessarily going to see a big dip in funding, but I think we’ll see a tempering of investment,” she said. “Companies might want to … get to a point in revenue where they aren’t as heavily dependent on raising capital every 14 months or so.”