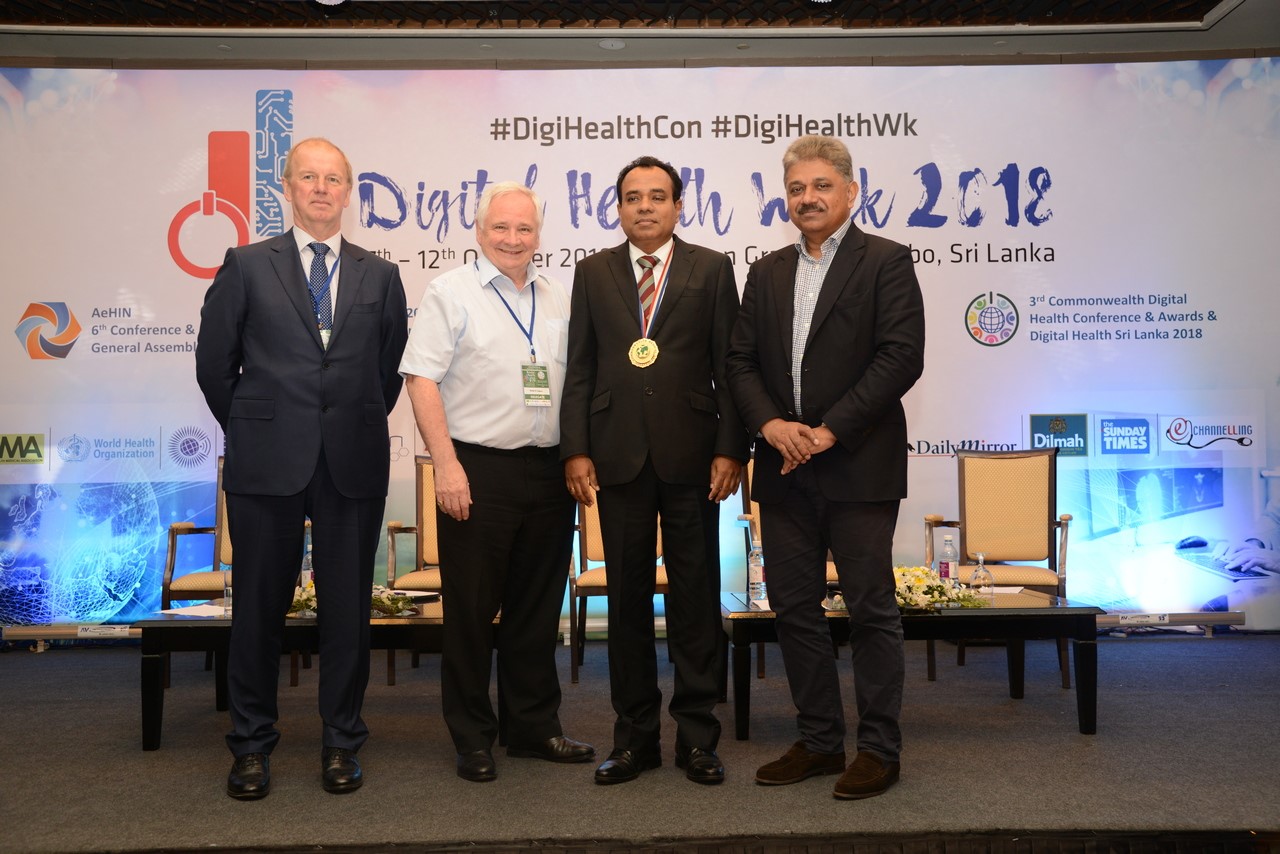 In Sri Lanka, last week, during the Digital Heath Week 2018, organized by the Health Informatics Society of Sri Lanka in collaboration with the Commonwealth Centre for Digital Health and the Commonwealth Medical Association, the Chair of the ECHAlliance, Brian O’Connor and Prof. Vajira Dissanayake met and agreed the Action Plan, envisaged in the Partnership agreement announced in May this year.

“A great deal of positive progress has been made in just a few months, it is now necessary to move forward with activities to give effect to our commitment to work jointly. We decided to work together because we share the same mission and values and by joining forces we hoped we could deliver faster and do more better. I am glad to say that the joint efforts over the past months and the collaborative experience here in Sri Lanka, have confirmed the value and potential of this partnership.”

“I have been very impressed with what I have learned over the past few months working with the CWCDH. Having met people from over 40 Commonwealth Countries this week, listened to the progress they have made, experienced the Innovations and above all their determination and passion, I am more convinced than ever that the Collaboration we envisaged will indeed bring mutual benefits to all involved.”

The full Action Plan will be announced shortly but highlights for now include.

“The benefits of connecting the ECHAlliance and the CWCDH are already exceeding our hopes. The synergies and opportunities are manifest, but we are determined to focus and deliver real benefits, rather than trying to do everything. We have identified numerous needs and opportunities, prioritised them and we will implement the above actions and announce others. This partnership brings together key stakeholders and collaborators in the digital health space across countries throughout Europe, the Commonwealth and beyond.”

About Commonwealth Centre for Digital Health

The Commonwealth is made up of 53 independent countries with a combined population of 2.4 billion, of which more than 60 per cent is aged 29 or under. The Commonwealth spans the globe and includes both advanced economies and developing countries. It encompasses Africa (19 countries), Asia (7), the Caribbean and Americas (13), Europe (3), and the Pacific (11).

About the European Connected Health Alliance

How Saving Nurses Time Could Lead To Better Patient Care