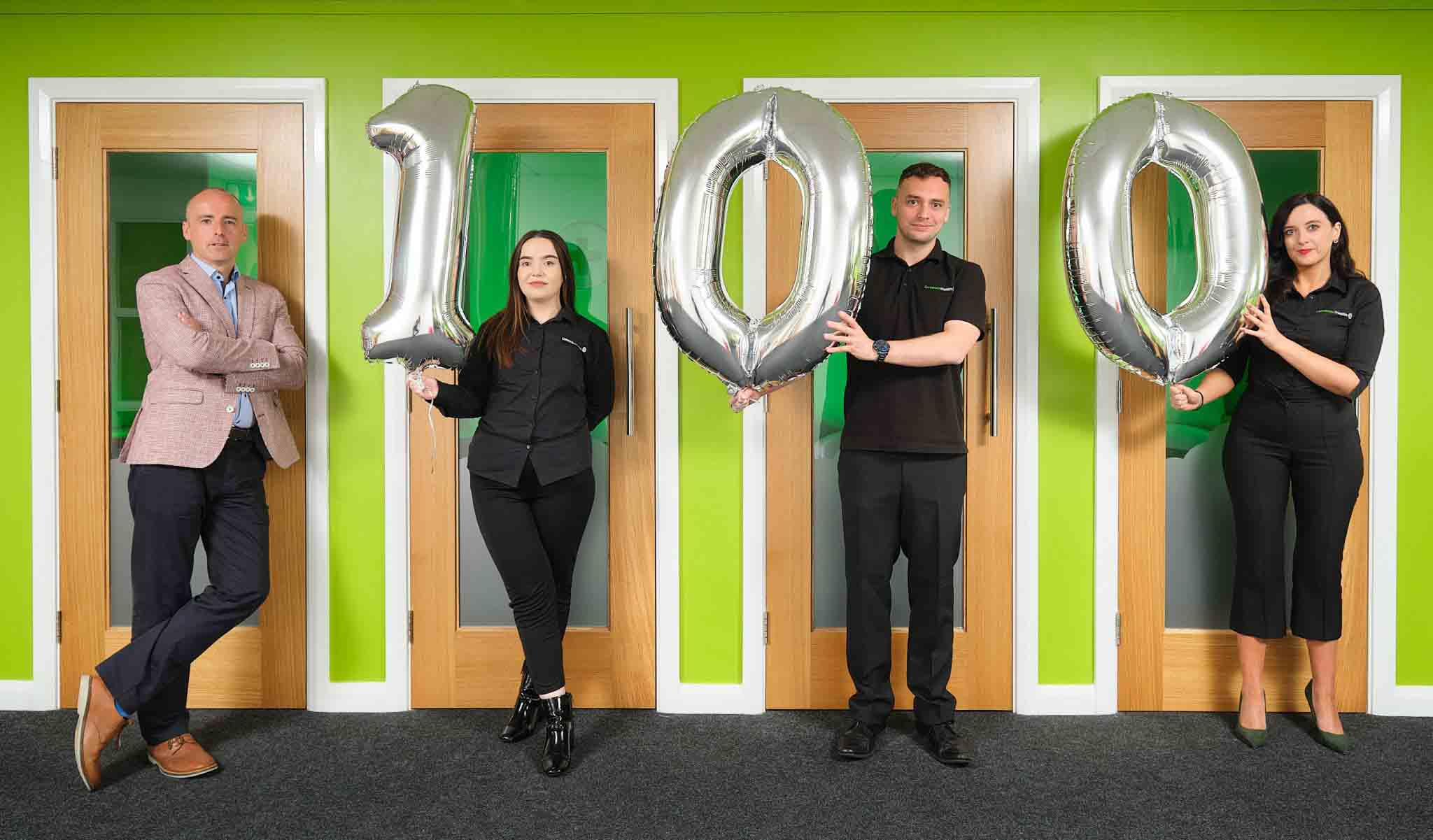 Northern Ireland homecare provider Connected Health has embarked on a challenge to recruit 100 care workers in just seven days, amid a staffing crisis in the sector.

The leading domiciliary care provider says it’s “answering the call” to address the critical recruitment deficit which threatens to cripple the sector across the island of Ireland and in Great Britain.

This week’s flash recruitment drive is part of a much wider campaign by Connected Health to recruit many hundreds of new carers over the next 12 months in Northern Ireland, the Republic of Ireland and Great Britain.

To bolster the ‘100 in 7’ recruitment initiative in the North, the company is also implementing a significant pay increase to make its staff the best paid care workers in Northern Ireland.

Having become the first Real Living Wage accredited homecare company in Northern Ireland earlier this year by giving its carers a minimum hourly wage of £9.50 (the current government minimum wage for over 23s is £8.91 per hour), Connected Health will now reward local staff with a minimum hourly rate of £10.

To attract as many suitable candidates possible in the week-long timeframe, Connected

Health is also offering a £100 (€100 euro in ROI) ‘sign up’ bonus to each care worker who joins the company during August.

Connected Health Director, Ryan Williams, says there is a dire need to attract more people into careers in care, as demand for home care continues to surge.

“The NHS and the HSE are facing the same issue – the need for more people to be discharged from hospital. As a sector, we require many more carers working on the ground in their communities in order to help achieve that.

“Currently health services are experiencing winter pressures in the middle of summer and drastic action is needed to meet the substantially increased demand for homecare workers.

“We are answering the call and this initiative is designed as much to raise awareness of the seriousness of the situation, as it is to help address it by increasing staff numbers. If we had a thousand suitable applicants tomorrow, we could easily provide roles for them and the situation is the same right around the care sector on the island of Ireland and in Great Britain.

“The entire care sector is under severe pressure to fill roles, as are other sectors – but to us there is nowhere more important than in care. We need more carers on the ground right now.

“We’re also offering a £100 sign up bonus for each new hire who joins us this week and remains with Connected Health for a minimum of three months,” he adds.

Mr Williams says the recruitment drive is aimed at providing adequate home care staff to serve in their own communities.

“We are calling on carers to support their communities. Many more carers are needed on the ground today in their local areas, supporting vulnerable local people who need assistance to ensure they can live comfortably at home, as per their wishes. By doing this, they will be vastly improving the quality of life of those who wish to remain in their own homes, while also relieving the pressures on our struggling hospitals and stretched health services.

“We have to find new capacity to meet the increasing needs of communities, and that’s why we are taking this ambitious step,” Mr Williams adds.

The role of patient organisations in healthcare